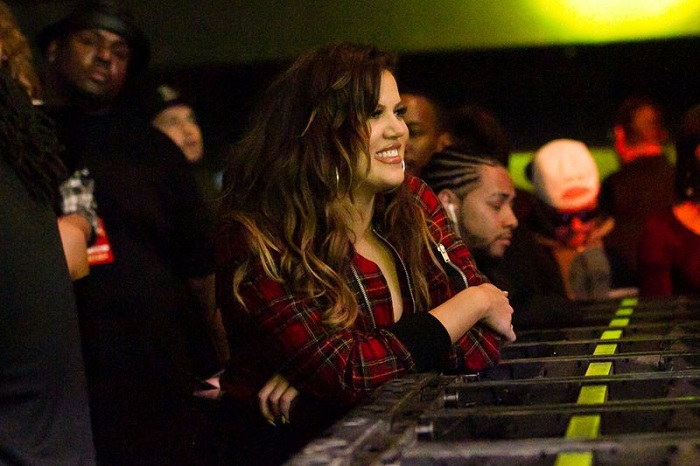 From Eva Longoria’s much talked about relationship with San Antonio Spurs’ guard Tony Parker to Hope Dworaczyk, who dated Mavs guard Jason Kidd in 2009, the connection between NBA stars and Hollywood celebs has garnered a lot of attention. According to latest media reports, there are rumors of Robin Lopez dating Khloe Kardashian.

The alleged relationship between Portland Trail Blazers’ center Robin Lopez and American heart throb Khloe Kardashian has finally received some clarity. The NBA star is the latest athlete to be rumored to date a Kardashian sister. Khloe Kardashian has earlier been linked to stars like Lamar Odom, whom she married and NBA player Rashad McCants.

Post Khloe’s breakup with rapper French Montana, there were reports that she’s been dating Lopez. Finally, Lopez decided to make things clear and chose the Trail Blazers’ site as a medium. He alleged that these were rumors fabricated by the media and are absolutely false. Lopez stated that the media spread rumors about their relationship owing to their popularity and influence on the youth.

Speaking about being sidelined for the next six weeks, Robin Lopez said, “I’ve got a lot more free time for magazine shoots, guest hosting duties on TV shows and stuff. They can contact my agent if they want to. I’m also the associate video guy. That’s one of my new duties. Got a wealth of opportunities even though I’ve only got one hand right now.”

Khloe Kardashian has been spotted at several Detroit Pistons’ games but there are no photos of her at any Blazers’ game this season. While he wouldn’t be able to play for the next 45 days or so, he’ll certainly entertain his fans.